The Mesozoic geology of the north west of the County is very varied. It includes outcrops of the Lias and Inferior Oolite, which occur in the bed and banks of the River Avon near Limpley Stoke. Above lies a considerable belt of Great Oolite limestones (including representatives of the Fullers' Earth formation), which, together with the Forest Marble and Cornbrash, have been extensively quarried and mined for building stone. 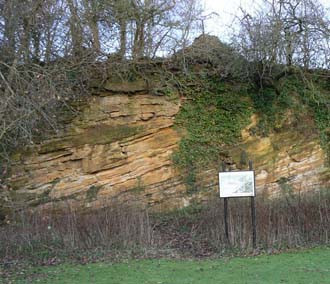 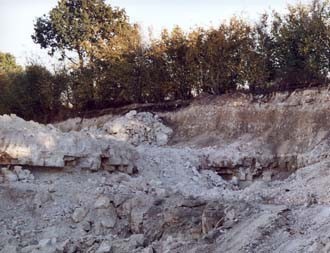 West of Swindon, the Corallian Beds form a minor scarp and have been exploited for sand and building stone. The Corallian is highly variable and demonstrates considerable lateral palaeoenvironment changes. In Wiltshire the formation is famous for the fossils of the Hazelbury Bryan Formation (formerly Lower Calcareous Grit), particularly the Seend Cleeve Sandstone, and also of the Coral Rag. The uppermost Corallian consists of the Westbury Ironstone Member (= the Red Down Sands), which in Victorian times supported a thriving smelting industry in Wiltshire. Above the Corallian a wide vale is developed on the Kimmeridge Clay, and a number of exposures continue to exist in the formation. Toward the top of the Kimmeridge Clay is a sandy development (Swindon Sands) which persists through Oxfordshire into Buckinghamshire.﻿ 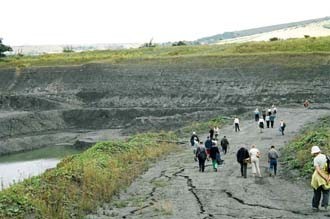 At the top of the Jurassic, Portland/Purbeck limestones outcrop, and have been worked, near Swindon and in the Vale of Wardour around Tisbury and Chilmark. The lower part of this succession is renowned for exceptionally large ammonites (the type-locality of Kerberites okusensis is in the "Cockly Beds" at Swindon), while in higher beds insect limestones and vertebrate fossils occur.﻿ 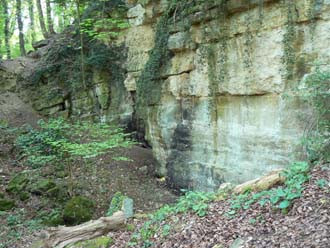 < Back - Overview
Next > - Cretaceous